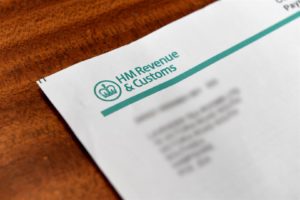 HM Revenue and Customs has put an end to fraudsters mimicking its most recognisable helpline numbers to dupe taxpayers and steal money.

The ‘spoofing’ scam worked as taxpayers would receive calls and, on checking the numbers online, would find they appeared to belong to HMRC. This often led people to believe fake calls were real and enabled fraud.

The new controls, created in partnership with the telecommunications industry and Ofcom, will prevent spoofing of HMRC’s most used inbound helpline numbers and are the first to be used by a government department in the UK.

Criminals may still try and use less credible numbers to deploy their scams – but that means they will be easier to spot. Check GOV.UK for how to avoid and report scams and recognise genuine HMRC contact.

Financial Secretary to the Treasury Jesse Norman MP said: “This is a huge step forward in the fight against phone fraud. HMRC’s new controls will help to protect thousands of hardworking taxpayers and their families from these heartless criminals. Vigilance will always be important but this is a significant blow to the phone cheats.”

Head of Action Fraud Pauline Smith said: “Phone calls are one of the top ways for fraudsters to make contact with their victims. Between April 2018 and March 2019, one in four phishing reports made to Action Fraud were about fraudulent phone calls.

“It is encouraging to see that these newly developed controls by HMRC have already achieved a reduction in the number of calls spoofing genuine HMRC numbers. If you believe you have fallen victim to a fraudster, please report it to Action Fraud.”

Since the controls were introduced in April this year, HMRC has reduced to zero the number of phone scams spoofing genuine inbound HMRC numbers. This has resulted in the tax authority already receiving 25% fewer scam reports against the previous month.

HMRC will continue to work with network providers to eradicate fraudulent numbers that are reported, and during the last 10 months has requested the removal of over 1,050 numbers from being used by scammers.

Criminals often target the elderly and vulnerable using HMRC’s brand as it is well known and adds credibility to a fraudster’s call, though this will now be significantly harder to do.

HMRC will only ever call you asking for payment on a debt that you are already aware of, either having received a letter about it, or after you’ve told us you owe some tax, for example through a Self Assessment return. Changes the department makes this month also mean you will never have to read aloud your card details to an operator.

If anyone is ever in doubt about who they are speaking to, check the number and end the call. You can contact HMRC using one of the helpline numbers or online services available from GOV.UK.

HMRC has seen an increasing number of phone scams against UK taxpayers:

How to spot a scam

Thanks to HMRC’s controls, scammers will now be forced to use much less credible looking numbers but you should still be vigilant as scammers may try spoof other numbers. Our advice for avoiding phone scams is: