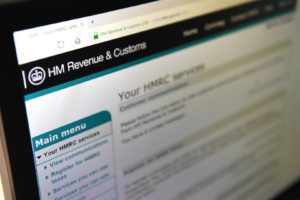 Businesses that fail to pay their workers the National Minimum Wage or National Living Wage will continue to be publicly named by the government, following a review of the scheme.

The naming scheme will resume calling out businesses failing to pay their workers the National Minimum Wage, while increasing support for employers to comply with NMW legislation. The changes, which will see naming rounds occur more often, will enhance the effectiveness of the measure as a deterrent.

The government has also increased the threshold for naming employers, meaning that firms which owe arrears of more than £500 in National Minimum Wage payments to their workforces will now be named. The threshold was previously £100. This new proportionate approach will mean that some businesses falling foul of the rules by minimal sums will not be named, provided they correct any errors. These businesses that underpay by less than £100 will have the chance to correct their mistakes without being named, still have to pay back workers and can face fines of up to 200% of the arrears.

Business Minister Kelly Tolhurst said: “Anyone who is entitled to the minimum wage should receive it – no ifs, no buts – and we’re cracking down on companies that underpay their workers.

“We also want to make it as easy as possible for employers, especially small businesses and those trying to do right by their staff, to comply with the NMW rules, which is why we’re reforming regulations.”

The government is today changing regulations to widen the range of pay arrangements available to business employing ‘salaried hours workers’, which are workers who receive an annual salary in equal instalments for a set number of contracted hours.

Under these changes, workers who are often paid hourly or per day and consequently have different pay checks every month, such as those in the retail industry, can be classified as salaried workers.

The changes will provide more flexibility in how salaried workers are paid, without reducing protections for workers. At the same time, businesses employing these workers are less likely to caught out by the NMW legislation due to the differences in their hours from one month to the next.

These changes are expected to come into force on 6 April 2020, subject to normal Parliamentary approvals.

Matthew Taylor, Director of Labour Market Enforcement, said: “I welcome today’s announcement by the government and believe employers will benefit from the greater clarity these revisions bring to the minimum wage rules for salaried workers.

“Particularly welcome is the news of the reintroduction of the NMW Naming Scheme, that both recognises the sharper focus advocated by my predecessor and follows a stronger compliance and education approach to help employers get it right.”

Additionally, the government has decided that employers offering salary sacrifice and deductions schemes will no longer be subject to financial penalties if the scheme brings payment below the National Minimum Wage rate (which can be up to 200% of arrears).

For example, benefit schemes where staff buy products from their employer and pay for these via salary deductions. The waiver will be subject to strict criteria – including that the worker has opted into the scheme.

Deductions of NMW for uniform and other items connected with the worker’s employment will continue to be penalised. Full details will be published later today in the National Minimum Wage enforcement policy document.

As well as making changes to the rules, the government is doing more to support businesses to comply with National Minimum Wage, so that they pay their staff correctly first time. The government will:

This update to National Minimum Wages regulations comes ahead of a major overhaul of labour market enforcement, with the creation of a Single Enforcement Body to crack down on employment law breaches, set to be announced as part of the forthcoming Employment Bill.

The government is committed to NMW enforcement: